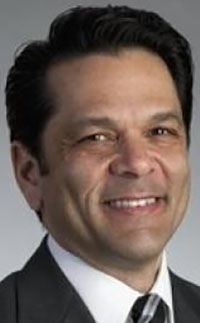 PwC chose Detroit for a new Network Information Security office and Security Operations Center because of the region’s lower cost of living, access to IT talent and its geographic location in the Eastern Time Zone, said Ray Telang, managing partner of PricewaterhouseCoopers LLP’s Michigan operations.

The security center is set up to operate two shifts monitoring and responding to cybersecurity threats and attacks to PwC’s information technology systems, Telang said.

“Their whole lot in life is to make sure that our information systems, from the firm’s perspective on a global basis, are safe and secure,” he said. One Detroit Center as the new unit was established. PwC occupies the entire 33rd and 32nd floors of the skyscraper and three-quarters of the 31st floor, Telang said.

PwC’s Detroit office employs 675 workers who work in the firm’s audit and assurance, tax and management consulting practices. The new office will bring its downtown workforce to nearly 800.

Senior-level leadership positions in the security center have attracted interest from within the company, Telang said.

“The amount of interest from our internal IT network has been extraordinary,” he said. “There’s more than a handful of folks who have raised their hand and said, ‘You know what, based on what I’m hearing and based on my tour of the new center, I’m going to put my hat in the ring to move to Detroit.’”

Most of the new employees in Detroit will be entry-level positions for recent college graduates, he said.

“It’s going to be a bottoms-up kind of build,” Telang said. “We’re going to have the folks that are transferring here provide the leadership and oversight and most of the other folks will be coming to us from (college) campuses.”

PwC will be recruiting from colleges and universities with cybersecurity programs accredited by the National Centers of Academic Excellence in Cyber Defense, Telang said.

Please contact Sunil Ajwani at 734-462-2090 for more information or email me us at info@computernetworkingcenter.com.